Paul Muldoon was born in 1951 in Portadown, County Armagh, and was raised near The Moy, in Northern Ireland. His mother was a schoolteacher and his father a farm laborer and market gardener. He is the author of a number of poetry collections, including New Weather (1973), Why Brownlee Left (1980), Quoof (1983), Meeting the British (1987), New Selected Poems: 1968-1994 (1996), Hay (1998), Moy Sand and Gravel (2002), which won the Pulitzer Prize and the Griffin Poetry Prize, Horse Latitudes (2006), and most recently One Thousand Things Worth Knowing (2015), Selected Poems 1968-2104 (2016), and Frolic and Detour (2019). He has also published collections of criticism, children’s books, opera libretti, song lyrics, and works for radio and television.
https://www.poetryfoundation.org/poets/paul-muldoon

I’m choosing his as my favourite Winter poem, as it offers the excitement of raw, chill from the mythical ‘North’. Fly Agaric mushrooms have an hallucinogenic property. They hold a religious significance for people from Siberia and the Sami peoples of Scandinavia, who imbibe them. It’s said that when the Sami people then urinate in the snow outside their dwellings, the Reindeer come and drink it, in order to benefit from the pyschoactive properties!

My mother opens the scullery door
on Christmas Eve, 1954,
to empty the dregs
of the tea-pot on the snowy flags.
A wind out of Siberia
carries such voices as will carry
through to the kitchen—

Someone mutters a flame from lichen
and eats the red-and-white Fly Agaric
while the others hunker in the dark,
taking it in turn
to drink his mind-expanding urine.
One by one their reindeer
nuzzle in.

My mother slams the door
on her star-cluster of dregs
and packs me off to bed.
At 2 a.m. I will clamber downstairs
to glimpse the red-and-white
up the chimney, my new rocking horse
as yet unsteady on its legs.

I’m so delighted to have my poem ‘Season’s Greetings from the Heart’ included amongst such wonderful work in Ink Sweat & Tears webzine today for their ’12 Days of Christmas’ theme – with thanks to Helen and Kate.

IS&T is amongst my favourite poetry and prose webzines. There was much excellent competition so I’m delighted and very lucky to be included.

The theme lasts until 2nd January and there will be some incredible poetry to come IS&T’s ‘12 Days of Christmas’  theme.

Merry Christmas and here’s to a happier and more peaceful 2020. xx 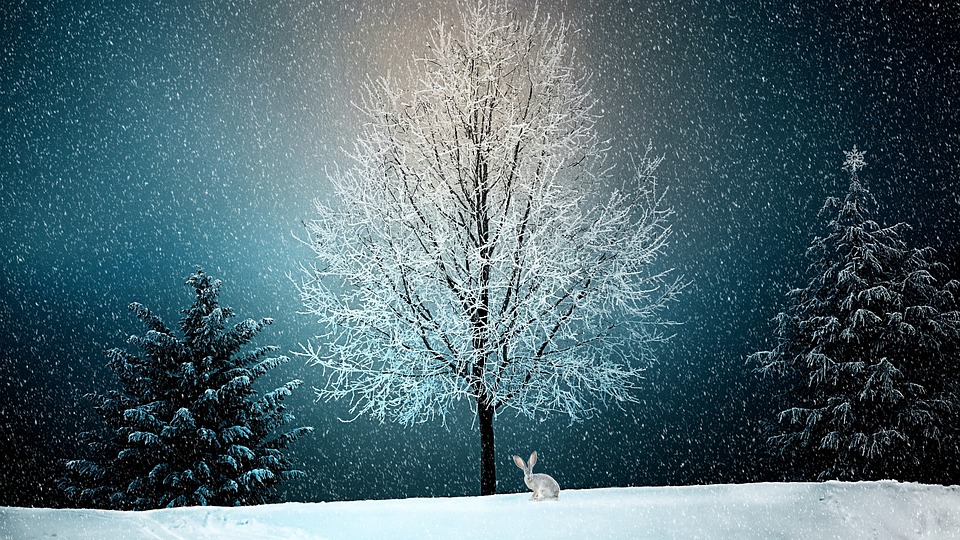 I’m a huge fan of Helen Ivory’s work. Both a visual artist and poet, her language paints luminous word-pictures and IMHO, her latest collection is one of her very best. I urge anyone interested in poetry to read Helen’s work. Her voice is highly original, with striking imagery and language.
I think that she’s one of the U.K. best. (Scroll down for my review)

Her artwork won an award for best cover.

See mine and other reviews and purchase Helen’s book here:
https://www.amazon.co.uk/gp/customer-reviews/R121KSKDASEJ2M/ref=cm_cr_dp_d_rvw_ttl?ie=UTF8&ASIN=1780374690

K. M. Alderman5.0 out of 5 stars Masterful, a ‘must-read’.Reviewed in the United Kingdom on 7 November 2019Format: Paperback

Helen Ivory’s parlour doll on the cover of The Anatomical Venus (Bloodaxe Books, 2019), echoes what’s within. The collaged, angel-winged beauty, be-skirted in a dead wedding bouquet, will be ‘served up’ as morsels of her othering in her many incarnations. She is a wanton sex-siren, witch, feeble-headed ‘slattern’ or unclean invalid – at once, Coventry Patmore’s housebound Angel (1854) and Kramer’s witch (1487) and all states between.

Through referencing numerous written sources and historical events, Ivory offers a pinpoint analysis of the received wisdom about women. For example, she cites nineteenth century asylum records and Freud in ‘Female Casebook 6’ (p.26) and ‘Housewife Psychosis’ (p.18) and references Shakespeare’s Ophelia (p.48) amongst a host of feminine constructs.

Through masterful language and imagery, Ivory conjures a collage of stories and voices, or the voiceless ventriloquized. In ‘Stillborn’ (37)

‘a half-made girl
with a secret interred in her womb’

whose grief at loosing her ‘unborn’ is voiced only through her disturbed behaviours in St. Andrew’s Asylum. Or Venus morphs into a

wise woman in ‘Cunning’ (23). She guides women through to birth with ancient wisdom foraged from hedgerow pantries, whilst the physician who ‘invents’ himself in the ‘empirical light of day’ will ‘rip off [your daughter’s] head with forceps’.

Venus is confined under the weight of societal dictates, where even the voice of God pronounces her wanton nature in for example in ‘The Kept House’ (12). However, Ivory’s humour often gilds the burden with satirical observation:

‘When the Lord spoke unto her
He had already taken up residence
inside her house
and had much reduced her larder’ (34).

The Anatomical Venus of the title was an Eighteen Century phenomenon. These were wax forms of reclining female nudes, beauties with real hair and pearls, whose torsos could be removed for the male gaze to examine the internal organs, as though with some museum exhibit. Helen Ivory’s portraits weave an overview of women’s ‘othering’, of the entrenched ways in which the feminine principle has been and is subjugated and abused. It is masterful, a ‘must-read’ for all.

Every Dog’s a Poet

Prose Poetry at The Poetry School